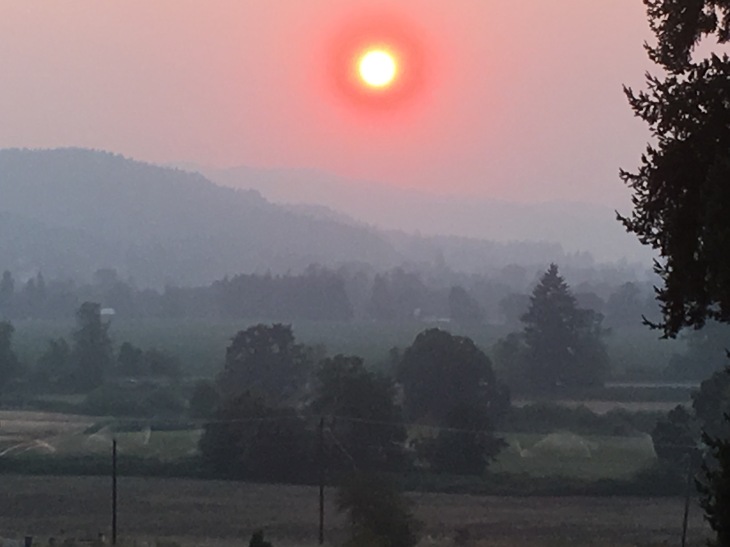 June is almost upon Oregon, and once again my mind turns towards thoughts of… irrigation.

Just who have I become anyway? Neither love nor lust, summer concerts or motorcycles fill my dreams but acre feet of water. Even as the grass is green and bends lithe in the wind, thoughts of August brown and brittle dry nag at my mind. Two months ago the rain fell ceaselessly but already the sun rises higher and hotter and the weather forecast shows no signs of rain; we may well be bone dry until September, or later.

One of the quiet secrets of Oregon is the summers are often as dry as the winters are wet; we speak little of it lest all of Los Angeles (well the rest of it anyway) descend upon us. As the season warms the Pacific, a high pressure ridge forms and the rain ceases; each year it starts a little earlier, ends a little later, gets a little hotter and cools off less at night. The hottest years on record are 2004, 2005, 2009, 2015, 2017. We are the proverbial frog in a heating pot.

I remember many years ago, when Global Climate was a controversial hypothesis not a working theory like evolution and gravity, I traveled the Southwest and considered moving there. In the Jemez Mountains we camped by a stream and smoked hand-rolled cigarettes by a closely guarded campfire. The air was so dry even in the twilight it tasted of dust and metal. I had recently read Lovelock’s book Gaia and the thought of this place becoming dryer bothered me; it seemed a forest on the edge of desert. After a week there constantly looking for water when camping I returned to the Northwest and the lakes, streams, and rain.

All of human history has existed in a fairly narrow band of climate stability. Even within this period minor fluctuations have names; The Dark Ages, the Little Ice Age, The Year Without Summer. All this before the rise of modern mega-agriculture. In earlier times a farmer might plant wheat, rye and barley; the conditions favoring one were bad for the others but either way the farmer still had bread. Now areas larger than medieval countries are planted in wheat and soy on the expectation of this summer being much the same as the last. How many sudden freezes or unexpected heat waves will it take to throw the global food wheel out of balance? How much hotter must it get to be. simply too hot ?

Here in my little corner of Oregon I try to look ahead while not falling behind. I have a water right I exercise and try to improve. The Sheep I graze come from desert Islands and have three hundred years of natural selection towards bad water and poor forage. They survive the winter well enough and now they are as fat as seals in the waving green pasture. I worry for my children and the world they will inherit; it’s far away and hazy but it has an ill-favored look about it from where I stand.  To be honest I do not want to become a subsistence farmer, but I fear there may be few options in the future.

What we commonly call Civilization has another name: Excess Calories. Excess calories mean that medical students can eat while learning to save us from the illnesses of man. I would be long-dead without modern medicine. I reasonably expect my five children to outlive me due to medicine. It allows us librarians, mechanics and accountants along with artists, scientists and philosophers. In 1840 farmers were 69% of the labor force, now they are less than 2%. While I believe people should be aware of and connected to their food, I also believe that have the ability to allow people to pursue vocations other than farming is good for everyone including farmers.

I purchased this land at the very end of my Grandfather’s life. The son and grandson of share croppers he asked me once why I was running towards the life he ran from. I told him we might all be running towards the nineteenth century and I wanted a head start.

Running or not the sun has set and morning will come soon. And so to bed. 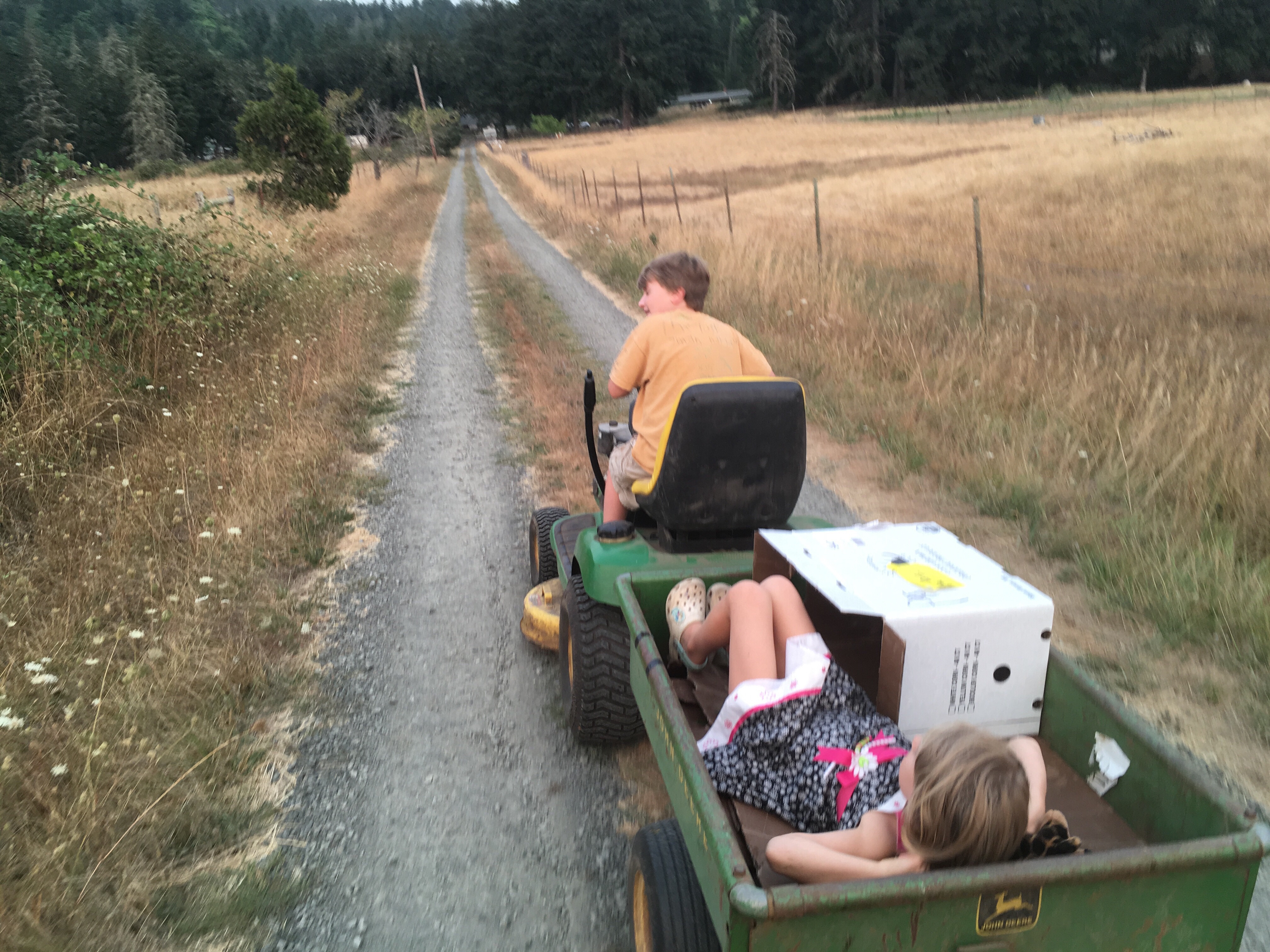